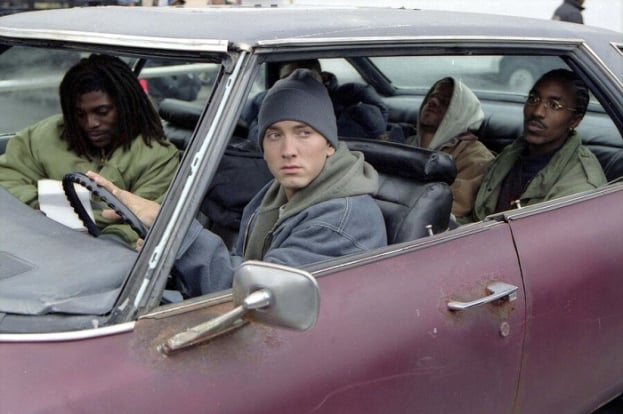 Rappers 50 Cent and Eminem have begun developing a TV series based on the movie 8 Mile, 50 Cent told Big Boy TV.

‘I wanna be able to show and offer a lot more details, things that you would say in an interview or different things that you’ve already used, that you put out there, and stuff like that. You’ll see those kinds of things surface and the temperament of the characters,’ 50Cent says.

He explained that the show would be a modern retelling of the film and compared it to «Bel-Air,» a reboot of Peacock’s «Prince of Beverly Hills» series.

The movie 8 Mile focuses on the story of a white guy (Eminem) who conquers the rap battles of Detroit. In 2003, Eminem won an Academy Award for Best Song for the film.