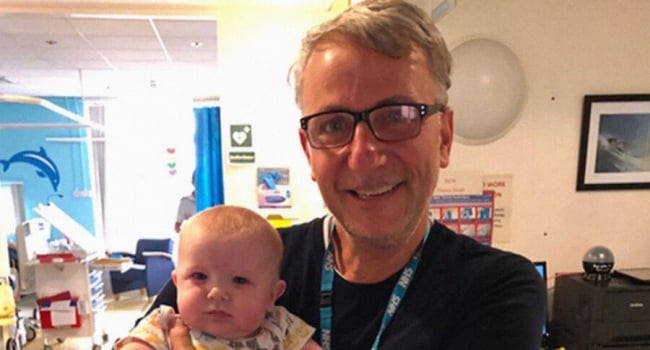 Stem cells have been used for the first time in the United Kingdom to treat heart disease in an infant. Live Science reports about the achievements of scientists from Bristol University.

A boy named Finley was born in the United Kingdom two years ago. Four days after his birth, he underwent open-heart surgery. The child had a rare heart defect — transposition of the main vessels. In this defect, the aorta and the pulmonary trunk switch places, which leads to oxygen deprivation in the body and heart failure.

After the infant spent several weeks in the ICU, Dr. Massimo Caputo, professor of congenital heart disease surgery at Bristol Medical School, suggested that Finley’s parents consider injecting stem cells into the heart. The child’s blood vessels were damaged during his first surgery, and he recovered very slowly, at risk of not surviving.

Caputo is developing a patch containing donor stem cells that can be sewn into the heart during surgery. Unlike standard synthetic patches or replacement heart valves, these patches will not need to be replaced as the child grows.

Dr. Caputo’s patch still needs refinement, so stem cells were injected during Finley’s second open-heart surgery. The scientist suggests that this will allow the heart vessels to recover better and the blood flow in the child’s heart to become healthier. According to Live Science, the parents noticed a positive change in Finley’s condition two weeks after the stem cell injection.